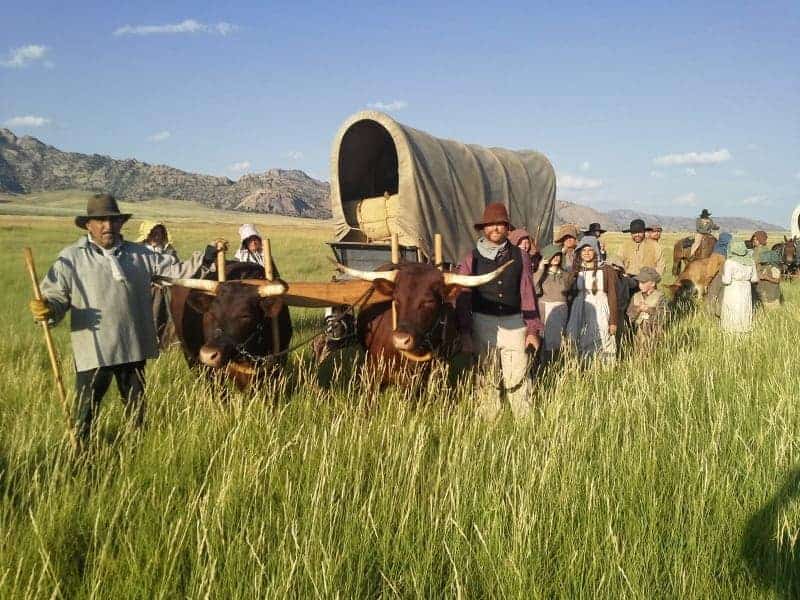 We offer trained, gentle and docile Milking Devon oxen that have appeared in Netflix mini-series and documentaries.  The Milking Devon breed was a breed of choice for those pioneers traveling on all Western trails including the Oregon, California, Mormon, Cherokee and Santa Fe Trails.  The history of the American Milking Devon dates back to the arrival of the pilgrims at Plymouth Rock from Devonshire, England.  Milking Devons have served as working oxen at significant American historical sites including Plymouth, Mount Vernon, and Williamsburg.  Our teams of oxen are an authentic representation of pioneer travel and farm teams throughout the United States in the 1800s and earlier.  Our oxen would contribute to the authenticity of any film depicting the life and times of American pioneers utilizing oxen on the trails, ranches, farms and elsewhere in the early days of this country.