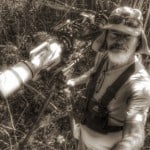 Robert Stookey is a dynamic highly sought after Cinematographer that has earned the respect and admiration of clients and colleagues around the world.

R.Stookey Productions is committed to staying ahead of the ever-changing needs of commercial and broadcast television production community. Utilizing the Sony F55 4K CMOS imager with global shutter and wide color gamut. Combined with a matching set of Arri Alura 18-80 and 45-250 t2.6 lenses. Also a Zeiss LWZ 15.5-45mm t2.6 and the new Fujinon 20-120mm zoom. The images are stunning.