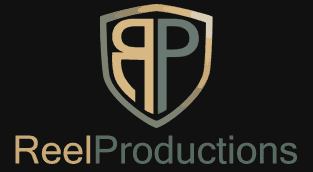 Reel Productions expertise in documentary filmmaking has led them to some of the most remarkable stories ever told. Credits include The Mystery of The Ark of The Covenant, The Search for The Real Mt. Sinai (both narrated by John Rhys-Davies of Lord of the Rings & Indiana Jones fame), In The Hands of The Enemy – America Surrenders an Army, and Journey of Hope- Walking With Hope Through Life’s Valleys featuring San Francisco Giants star pitcher Dave Dravecky. Additionally, they have produced classics like First Love - A Gathering of Jesus Music Pioneers, and the popular series Incredible Creatures that Defy Evolution, among many others.

In 2004 Reel Productions was honored as the recipient of a remarkable five International Classic Telly awards. These prestigious Classic Telly Awards were given to works judged to be the best in the past 25 years.

Additionally, the company is the recipient of 19 International Telly Awards and seventeen Communicator Awards.

With filming experience in over forty countries of the world, Reel Productions crews understand their mission. From shooting projects in the jungles of Northern India, the killing fields of Cambodia, or pursuing great footage in the highlands of Africa, it’s always for the same purpose… to connect the viewer to a great story.

The Gentle Bear Man of Emo
The surprising story of Michael Scheibler - a man who finds redemption from a terrible past when he reconnects with nature. Michael currently hand feeds as many as 60 wild bears a day.

Incredible Creatures that DEFINE Design
A new series on biomimicry, which is the art of borrowing from nature’s designs to make human life better.