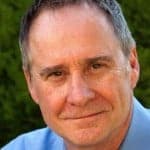 Michael is a creator with over 30 years in front of and behind the camera; as well as working in the executive suites of entertainment firms and production companies in Hollywood. Currently, he is in development on a $3.5MM independent film; I Remember You, starring Bruce Davison and Virginia Madsen, which he also wrote and will direct.

Previously, Michael was the co-writer on; The Enchantment, bought by Universal Pictures and The Burnbaum/Winkler Company in 1987; as well as an adaptation of Isabel Allende’s short story Walimai entitled, Children of the Moon, in partnership with TVC – Communicazione Telavisia, Italy.

He was also the creator of a well-received one-man show, entitled Bad Dad performed at the NoHo Art Center in North Hollywood in 2009. Michael is a reader and story analyst for production.

Via Lighthouse Writers Workshop, Michael coaches screenwriters and directors on their own projects.

With a move to Colorado in 2010, he formed Genius Media Ltd. to consult, develop and generate transmedia content for entertainment, business and education.

His clients include the Institute for Global and Environmental Strategies (IGES), and The GLOBE project for the University Corporation for Atmospheric Research (UCAR).