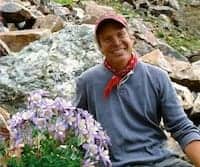 Kevin Patrick McCarthy is a poet, dramatist, essayist, and fourth-generation Coloradan. He has also been a geologist, technical writer, critic, publisher, and environmentalist.

Kevin’s scripts have placed in two dozen competitions. Spirit Rocks won a Silver REMI award for dramatic original screenplay at the 2008 Houston International Film Festival. In 2014, with Ashley Grace, he wrote a pilot for a TV series based in Boulder, which can best be described as “Northern Exposure with Priuses and pot.” Besides the feature scripts, he also has several reality TV proposals, one play, and a libretto.

His poem “Enough Sky” was commended (top 11 out of more than 13,000 entries) in The Poetry Society of the UK’s 2014 National (actually, international) Competition  (http://poetrysociety.org.uk/poems/enough-sky/). This well-established competition has been called the “Wimbledon” of poetry contests.