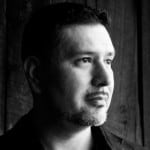 At 17, Brito tried his hand at stand up comedy as an occasional "New Talent Night" performer at Denver's premier comedy club, Comedy Works. The experience further inspired him to pursue a career in film and the performing arts, which would provide limitless outlets for his creativity.

In the years to follow, Brito would go on to direct and/or write a handful of award-winning short films and obtain his Writing/Directing degree from the Colorado Film School.

In addition to writing for the screen, Brito has crafted other written works for the entertainment industry, including stage plays for the Pandemic Collective theater company, a published one-shot graphic novel, and humorous apparel in his own online t-shirt store.