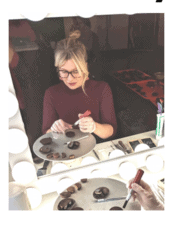 At my next post, I worked for as a food editor and producer for Taste of Home magazine, leading a robust video initiative, producing over 200 videos for social & sponsorship.
Landing in Denver in 2017, I worked as the manager of original programming for NBCU's bluprint, managing the full arc of culinary content creation for long format videos. Eager to get back on set, I eventually decided to go out on my own and now work on both editorial and commercial projects for still and video.
Categories: Food Stylists
Contact Information
Phone: 415-867-4305
Website: view our site
Email: gina.nistico@gmail.com