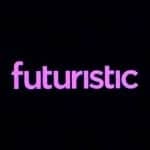 Description:
Futuristic, a video production company in Denver, Colorado, is a director-driven film studio that combines the best of documentary, commercial and narrative filmmaking. We collaborate with advertising agencies and brands to tell stories for broadcast television, the web, interactive in-store displays, and the big screen. Principals Sarah Liles, Jasper Gray, and Frank Pickell lead a team of creative producers, directors, cinematographers, and editors to create award-winning and engaging content.

Special Skills & Experience:
The RiNo Arts District in Denver serves as home-base on productions frequently taking teams around the world. It also houses our post facilities to handle everything from generating dailies to story focused creative edits to finishing projects through online, color, and visual effects. Our camera department is fully stocked with complete, ready-to-go systems including the Red Epic Dragon, Sony FS7 as well as DSLR and GoPro packages. From exotic anamorphic to lightweight zooms, we have a large variety of lens options that encourage pushing the stylistic envelope. We house a long list of specialized tools such as Easy-Rigs, the FreeFly MOVI, Kessler jib arms, drones, along with lighting and rigging gear to get the shot no matter what.