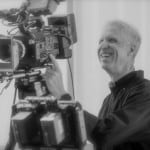 He has filmed from helicopters and cranes (and some not so stable locations), and with motion control as well as the Time-track camera system.

Edward’s background is in visual communications and his experience in lighting has been extremely helpful in his career as a cinematographer/photographer. He has shot images that range from beautiful panoramas to complicated sets on a sound stage using 35mm film, 16mm film, and HD.

After working 10 years as a Lighting Director and Gaffer on many movies and commercials he made the jump to Director of Photography. His lighting experience ranges from intimate interviews to multiple sets to location lighting around the country and overseas.

Edward holds an MFA in Dance and Lighting Design from California Institute of the Arts. After staging several dance productions in San Diego and Seattle and studying modern dance in New York and Seattle he discovered his love for film production and has not looked back since.