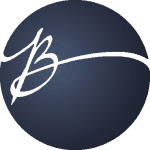 Brenan Fay-Martin is a Freelance Illustrator and Storyboard Artist with a Bachelor's of Fine Arts (BFA) in Illustration from Rhode Island School of Design (RISD).  Since graduating in 2010, he has worked as a Web Developer, Animator, Graphic Designer, and Storyboard Artist. In addition to this, he is a practicing painter, draftsman, sculptor, concept artist, and comic artist.

Brenan began earnestly drawing at the age of twelve as a means of quickly capturing the stories overflowing in his imagination. After all, "a picture is worth a thousand words." His impulse to record these ideas was a calling and a means of self-expression. He soon learned that, in order to become a clearer communicator and a more industrious artist, he had to work from observation as much as possible.

Now, when he is not feverishly attempting to illuminate his own stories or paying homage to the wonderful stories that have resonated with him, he is helping others to share theirs.