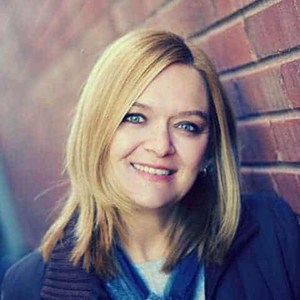 Anastasia began her career in the film industry, training as a Script and Continuity Supervisor in Los Angeles with Twentieth Century Fox and Warner Brothers.

She has produced a variety of content with High Noon Entertainment and ABC. She was an Associate Producer on Chloe Zhao’s feature film The Rider, winner of the Art Cinema Award in Canne’s Director’s Fortnight and Grand Prize in Deauville. Alongside Anastasia’s commercial producing repertoire of documentaries and docudramas are several award-winning short films including Menschen, Jack in the Box and CODA. She continues to work extensively as a Script Supervisor, she recently served as Script and Continuity Supervisor on the upcoming feature film ‘Keyhole Garden’ from writer/director Marco Perego - Saldana starring Zoe Saldana and Tom Waits.

​Born in Africa to a Dutch father and French mother, Anastasia hails from Algeria to Congo-Kinshasa. Later, while based in Europe, she worked in France and in Austria. Fluent in three languages, Anastasia has applied her linguistic talents to close captioning and translation work with Zoo Digital for major studios, broadcasters, and content distributors internationally for Netflix, Disney and Magnolia Pictures among others.

Currently based in New Mexico, Anastasia works on domestic and international projects. She is currently in development for her new feature film 'CODA' to be shot in the U.S. and Europe.

Thanks for checking out Anastasia's listing! To get more background and to listen to her talk about her experiences, check out her podcast with Denver Media Professionals!